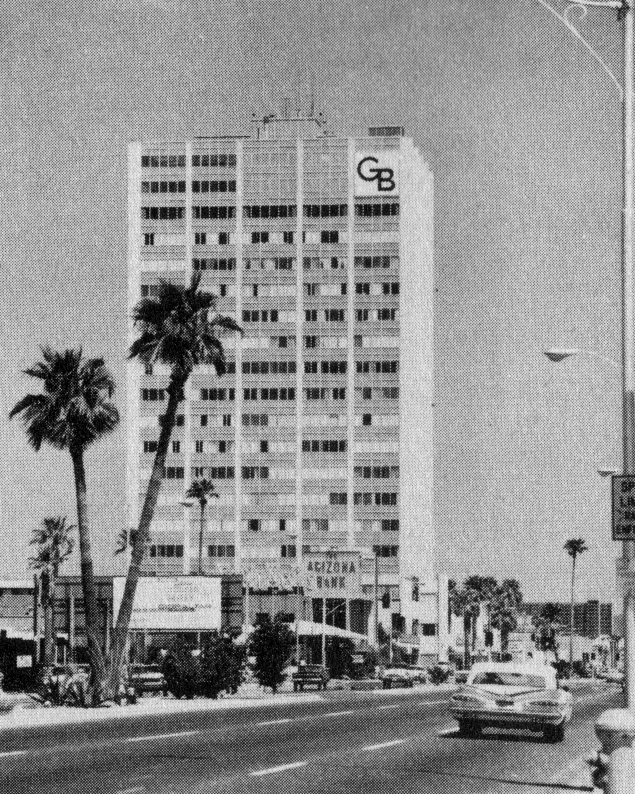 The two are comparable in that both were the sites of a majority of post-1960 skyscrapers. In Phoenix, it began with the building above. A turquoise-skinned International-style box, the Guaranty Bank Building opened in March 1960, designed by architect Charles Polacek and built by contractor David Murdock (who lived a remarkable life). At 252 feet, it dethroned the Hotel Westward Ho as the tallest building in Phoenix and the Southwest. On the top floor the Cloud Club offered a spectacular view.

Over the next thirty or more years, this was the heart of the city. For better and for worse.