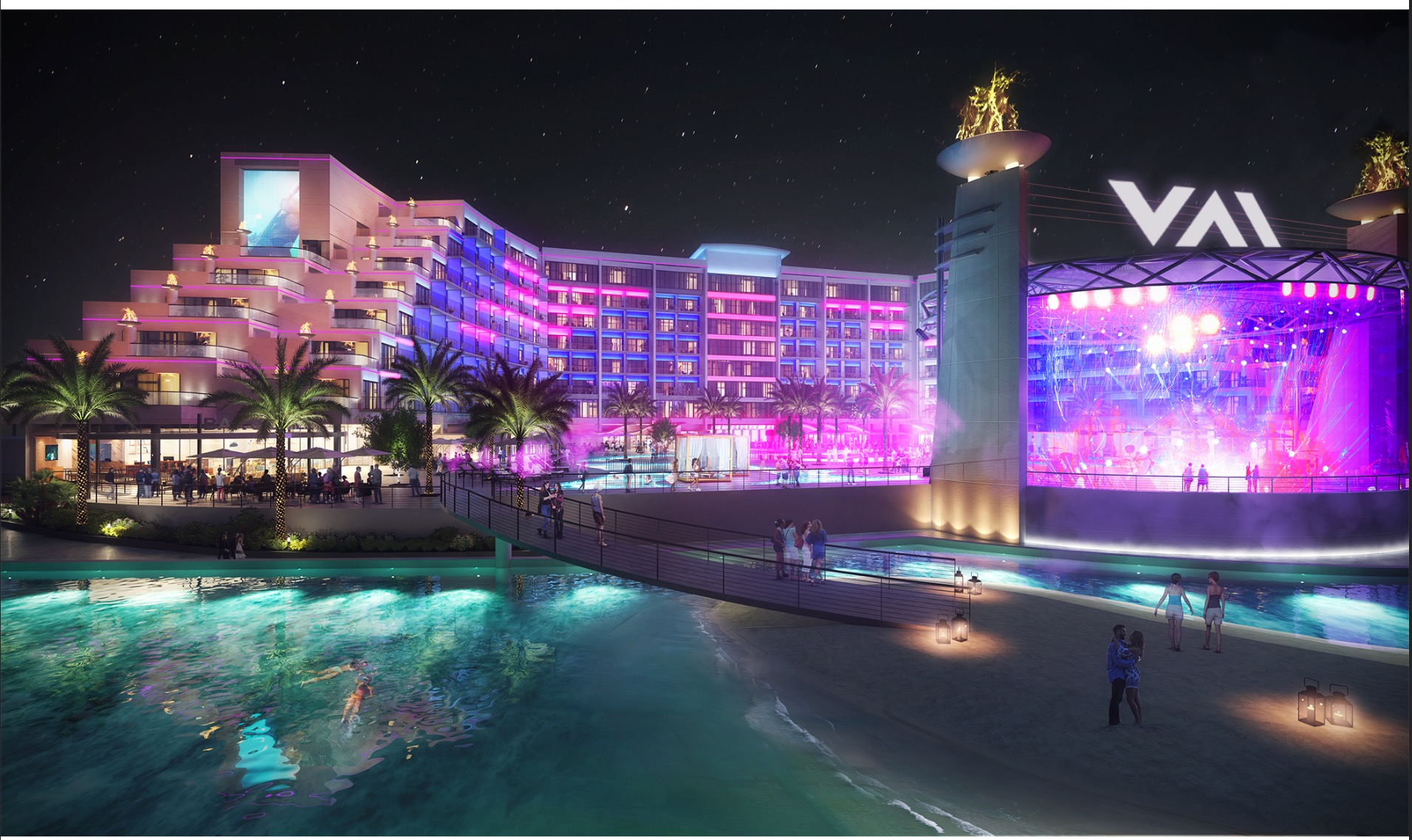 VAI Resort, the largest hotel and entertainment destination in Arizona, is set to open in late Spring of 2023. With the mission to bring a water oasis to the desert, VAI Resort will be the premiere daylife and nightlife destination in the country.

VAI Resort is currently under construction near State Farm Stadium in Glendale.

“Growing up in Arizona, it’s always been my dream to bring some of the best attractions from around the world right to our doorstep,” said Grant Fisher, President of VAI Resort. “From the vibes of Mykonos and Tulum, to the beaches of Miami, to the concerts and parties of Las Vegas, to the ultra-modern attractions of Dubai, we’re bringing the best of the best to VAI Resort right here in the heart of Glendale.”