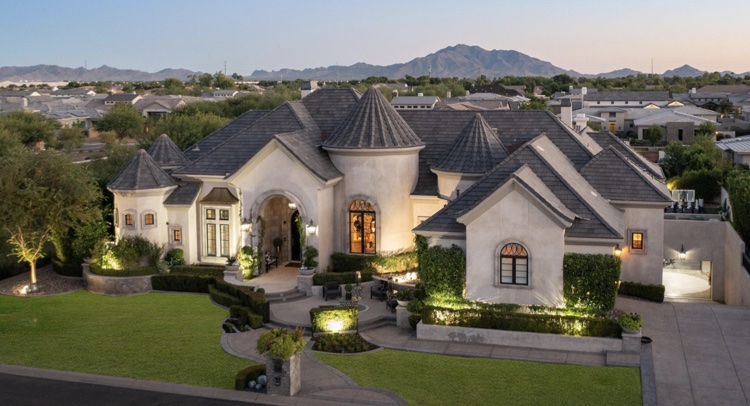 In yet another sign of the relentless increase in housing prices, the Valley’s top market analyst said the average price of a home listed in Gilbert ZIP codes 85297 and 85298 exceeds $1 million, putting it among 28 Valley postal zones with seven-figure list price averages.

“If rising house prices scare you, then the best place not to look is the average price for active listings,” the Cromford Report wrote. “Unless you are made of stern stuff, you should look away now.”

Cromford Report then proceeded to note that the average home list price in 85297 is $1,180, 505 – nearly double the $598,296 average list price in that ZIP code three years ago this month and ranked 20th among its list of high-dollar ZIP codes.

Leading that compilation is the Paradise Valley ZIP of 85253, with average list price of $7.2 million while the lowest is the Windsong area of Phoenix with just over $1 million.

That group of what Cromford Report calls “eye-watering numbers” also includes one ZIP code in Ahwatukee and four others in Phoenix, all of Carefree, Wickenburg and Cave Creek; seven in Scottsdale, two in Mesa, the Gold Canyon ZIP in Apache Junction and one each in South Tempe and Glendale.