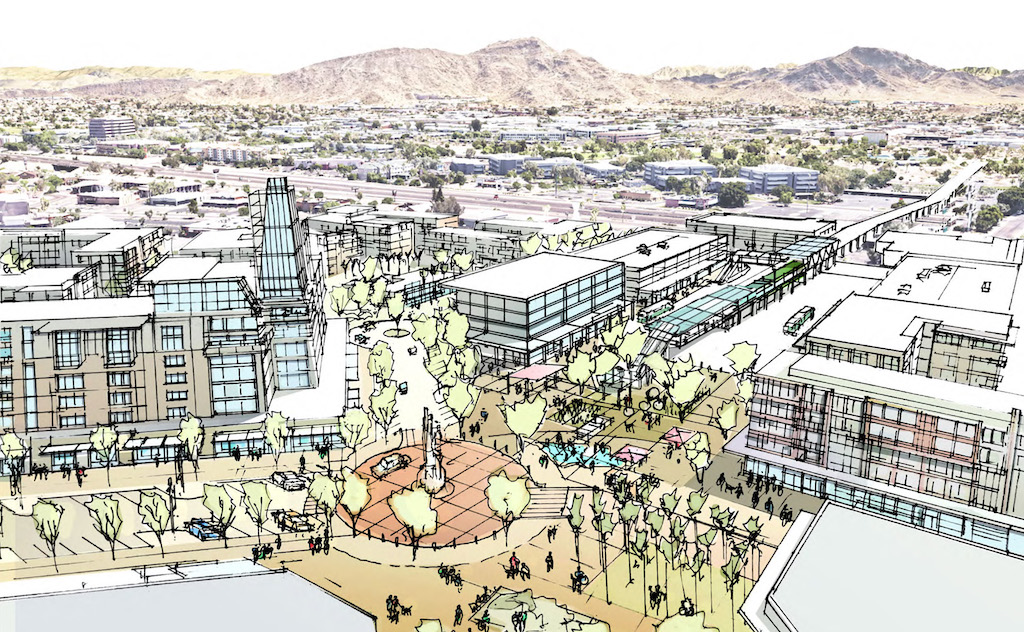 On Sept. 30, 1973, the Arizona Republic hailed the opening of Metrocenter Mall’s first stores, calling it “Arizona’s most daring retail development to date.” In the decades following, Metrocenter became a cultural touchstone for a generation of young Phoenicians, who mingled while cruising the loop around the mall or skating the indoor ice rink. Some lucky mallgoers even got to be extras in 1989’s “Bill and Ted’s Excellent Adventure.”

After 47 years of operation, Metrocenter Mall shut its doors for the final time on June 30, 2020, amid a pandemic and after efforts to revitalize the mall fell short. But, like the namesake of the city in which it resides, new life is coming to this Phoenix landmark.

Concord Wilshire Capital (CWC) and TLG Investment Partners (TLGIP) announced that they have partnered with Hines to acquire Metrocenter Mall and plan to invest approximately $750 million to redevelop the property into a residential and mixed-use community.

“It’s a remarkable opportunity to reimagine what was an iconic regional mall at a superior location at the time it was built but has become even more attractive as a development site with the light rail set to terminate there in 2024,” says Steve Betts, senior advisor to CWC and Hines. “With growth continuing to move to the northwest and businesses such as the Taiwanese Semiconductor Manufacturing Company bringing 8,000 jobs just 15 minutes north on the I-17, Metrocenter is now in the center of our metro.”