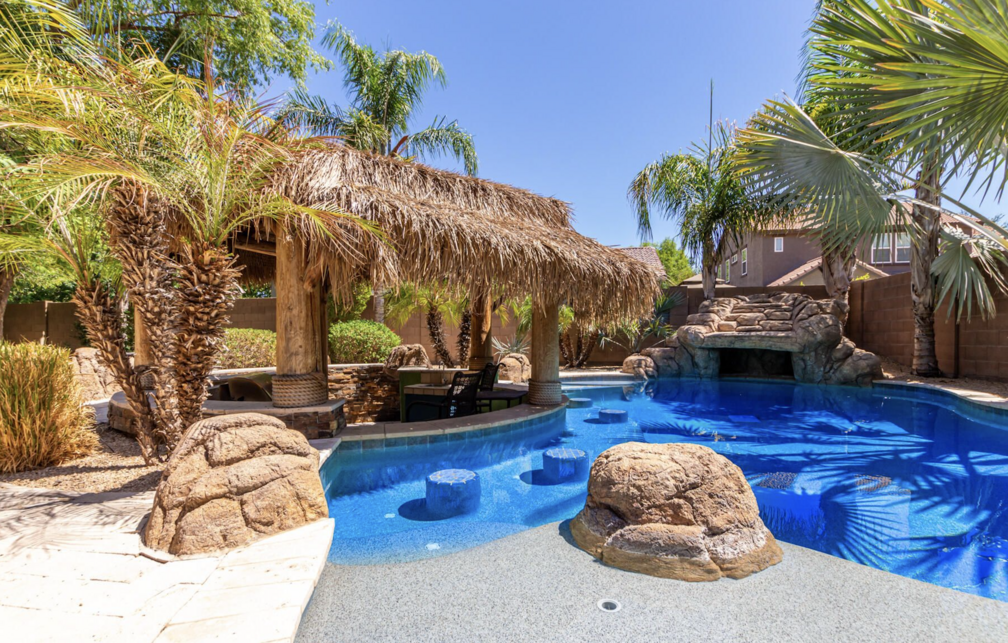 A national survey found that Gilbert ranks fourth in the nation for the most homes for sale with swimming pools. It is one of seven Arizona cities ranked in the top 20 in the country, though Chandler leads the national list.

“The Phoenix metro area is one of the biggest swimming pool markets in the world,” said Cohl Workman, owner of Thunderbird Pools & Spa. The survey ranked Chandler first because about 60% of single-family homes or condos for sale have a swimming pool.

For those who don’t have a pool at their home, there are 2.3 public pools for every 100,000 residents. The survey also considered storage space for pool accessories, and said Chandler ranks just above the national average for a 10’x12’rental unit at about $142 per month.

The survey noted that almost all apartment complexes in Gilbert have pools and that about half of the homes or condos for sale in Gilbert feature pools. A home with a pool in Gilbert is approximately 9% more expensive than one without a pool, the survey found.

Mesa and Scottsdale rank 6th and 7th respectively. Scottsdale has the highest proportion of homes and condos for sale with pools among the top 100 cities, 70%, but all this water fun potential comes with a lofty price tag. Scottsdale homes with pools are 16% more expensive than those without pools, the survey found.

Other Arizona cities that wound up in the top 20 were Tucson, Glendale and Phoenix. Workman said people who don’t have a pool in their yard but are considering it, expect to pay about $55,000.