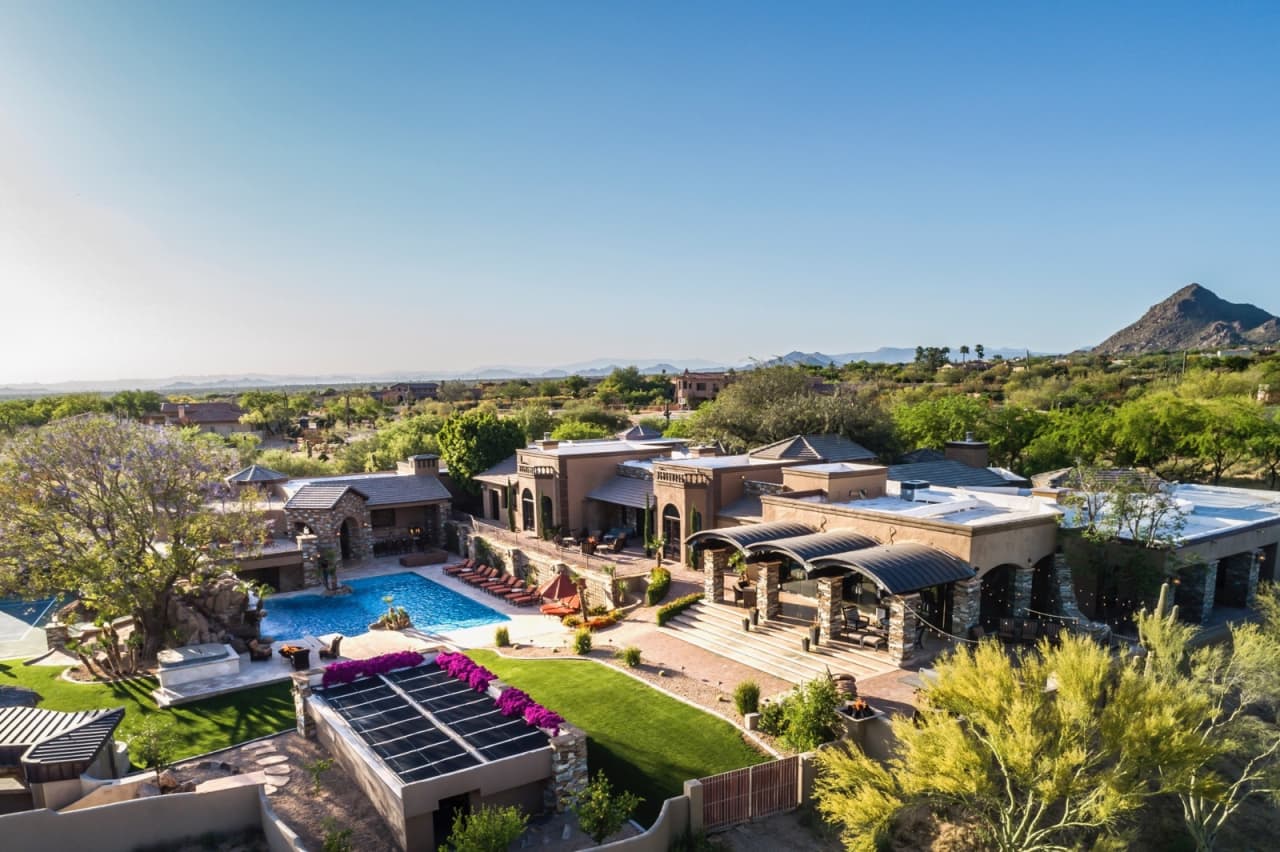 A more than 8-acre estate in North Scottsdale, Arizona, sold last week for $6.7 million after years on and off the market.

The property includes a bevy of upscale amenities, from a 40-seat home theater to a fitness center that is a “pro-athlete’s paradise” and includes an Olympic-size pool, sport courts, a putting green and workout facilities with a weight room, lockers and a steam shower, according to the listing with Frank Aazami and David Mayo of Russ Lyon Sotheby’s International Realty.

“When it comes to amenities, this property is truly a once-in-a-lifetime estate,” Mr. Aazami said in a statement, noting that the deal was one of the biggest transactions in the ZIP code since the market downturn last April.

The home has been on offer for at least five years, when it was listed for nearly $8 million, according to AZCentral.