Big Surf Waterpark in Tempe Is Up for Sale, Auctioning Off Assets 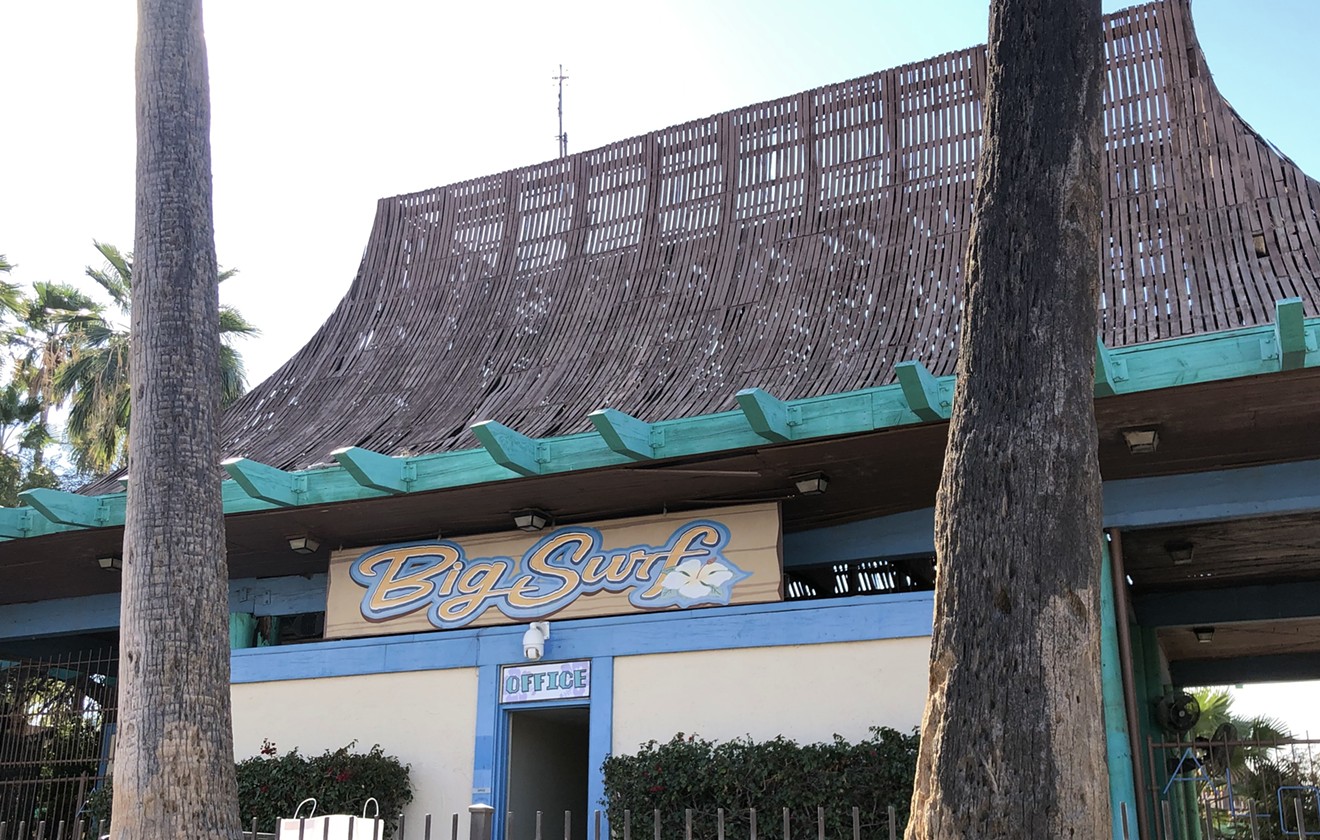 If you ever wanted to own a piece of Big Surf Waterpark in Tempe — or even the sprawling, 20-acre property itself — the iconic and historic local attraction and its various possessions are up for sale.

Phoenix New Times has learned the water park, which hasn’t operated the past two summers, has been on the market since last fall. Big Surf’s owners are also currently selling all the assets. They range from signage, merchandise and office equipment to the water slide components and a colorful tiki totem as part of an online liquidation auction that’s been taking place the last several days.

In other words, there's a good chance Big Surf, which debuted in 1969 and featured the first wave pool in the U.S., may never reopen again. At least not as the Big Surf you knew.