Arizona is a top state for new residents. But they're not all coming from California. 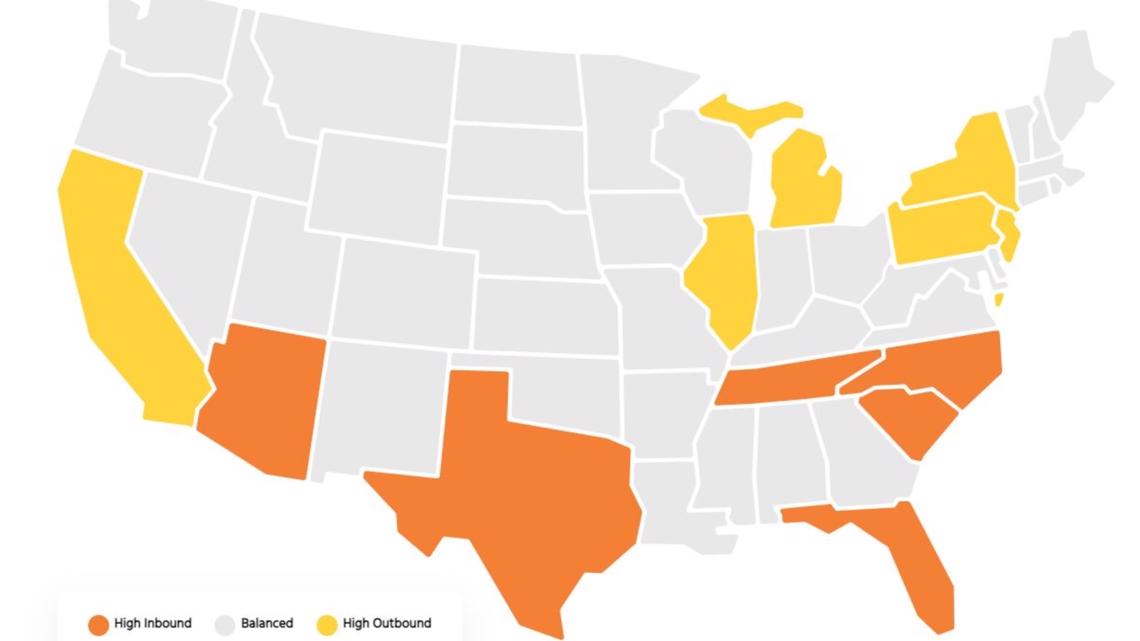 It's no secret the Valley has been flooded with new residents in recent years, putting a strain on the local housing market. But the places new Arizonans are fleeing to live in the Grand Canyon State appear to be more geographically varied than expected.

Of course, California is always expected to be a prime destination for Arizona to pull residents from due to the state's close proximity. But some people appear to be willing to travel longer distances to relocate to the desert.

The moving company Allied Van Lines has recently released a map depicting the top inbound states for new residents in 2021. South Carolina was the top state for attracting the most transplants, but the city of Phoenix outranked other metro areas by becoming the top inbound city in the U.S.

Phoenix was also found to be one of the top U.S. cities that people moved to in 2021 for reasons not including their employment. According to Allied, the top cities residents fled from to come to the Valley were Chicago, Seattle, Portland, Minneapolis, and Anaheim.

The analysis additionally found that former Valley residents left Phoenix in 2021 to move to Dallas, Chicago, Denver, and Atlanta. San Diego, Santa Barbara, and Washington D.C. were the top outbound cities for people who moved to Flagstaff in 2021.