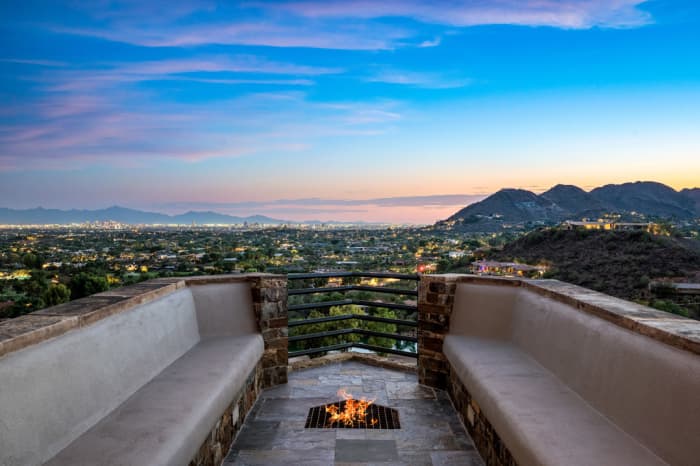 Perched atop Mummy Mountain, the custom estate built by Major League Baseball outfielder and designated hitter Chili Davis shortly after he retired is one of the premier properties in the chic community.

Mr. Davis, whose 19-year career included stints with the San Francisco Giants, the Boston Red Sox and the New York Yankees, built the residence in 2001 and sold it in 2005 for $7.15 million, according to property records.

The current seller purchased it in 2013 for $4.95 million and upgraded its appliances, mechanicals and electronic system, said Frank Aazami of Russ Lyon Sotheby’s International Realty, who listed it in July 2022.

“This masterpiece property offers some of the most amazing views of the valley that I have ever seen and is accompanied by luxurious amenities and stunning architecture,” Mr. Aazami said. “The seller bought a second adjacent lot, so this is one of the larger estates in the community.”