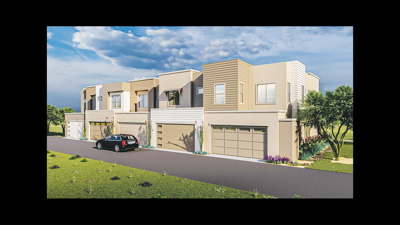 The 19 acres of agricultural land at the southwest corner of Lindsay and Germann roads will soon sprout 209 townhomes for rent.

“There are 12 phases,” said Vince Barbato, principal of Family Development. “We are looking to have our first move-ins this coming April 2023 with completion of all units being in the first quarter of 2024.”

Originally the proposal was for the townhomes to debut in spring 2020 with a starting selling price in the high $200,000, according to the developer attached to the project at the time, New Home Co.